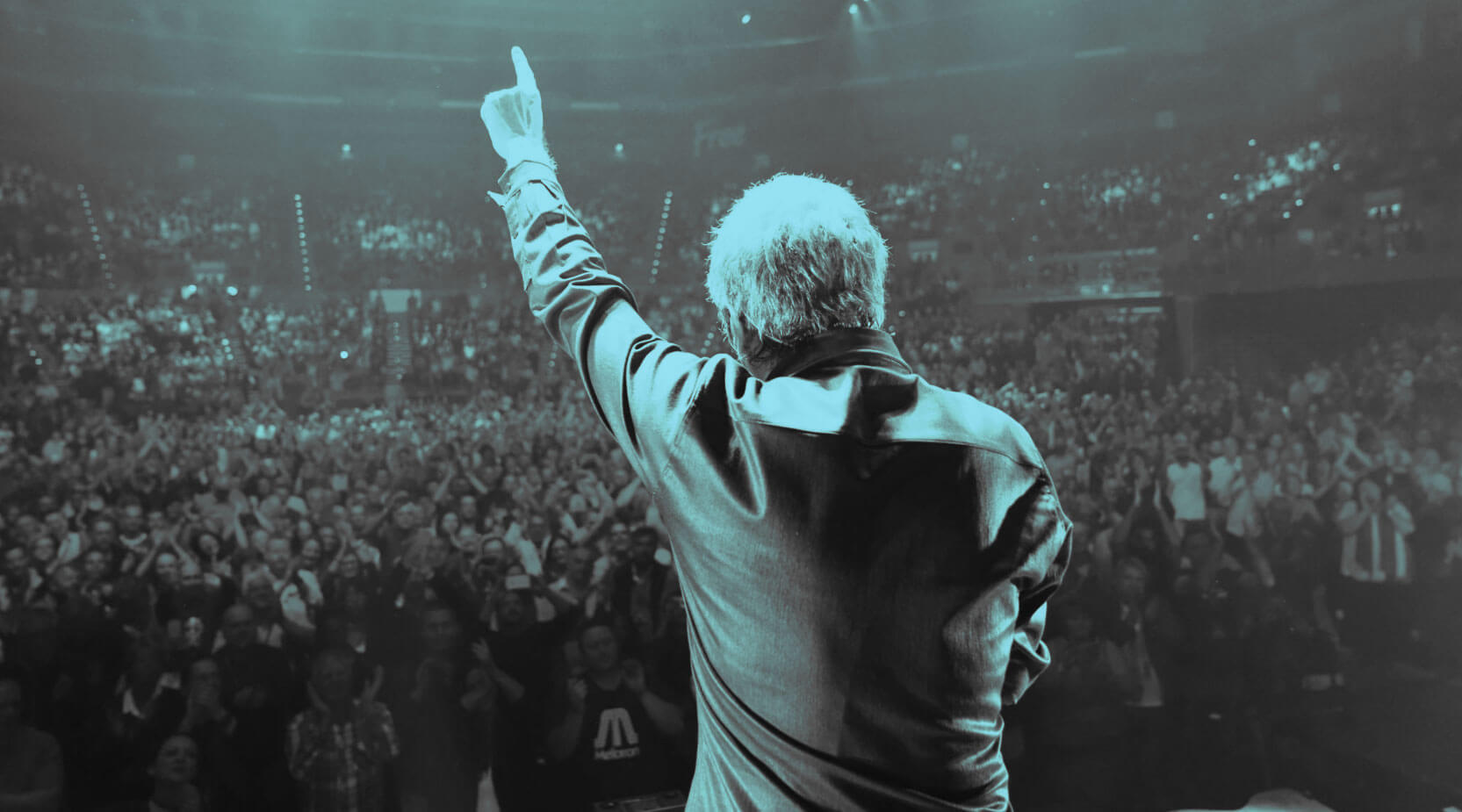 Most of the time, when you are in the studio, you are revealing yourself; you're a bit naked. You can express your weaknesses, your awkward way of approaching sound. Sharing these intimate moments is like inviting somebody into your private room.

Any list of Jean-Michel Jarre’s countless factettes would inevitably come short of his actual significance in music history. “JMJ” is a living legend and often referred to as the “Godfather of Electronic Music”. When Jarre launched his landmark- debut album “OXYGENE” in 1976, he opened a new chapter in music history. The record has sold over 18 million copies and laid the foundations for his exceptional career. Jarre’s pioneering work gave birth to a veritable cult and the fastest-growing trend the music industry has ever stood to witness: the rise of electronic music.

Jean-Michel Jarre’s music always followed his firm conviction that progress could only ever be achieved through daring deviations from the norm. Born to famous film music composer and director Maurice Jarre, JMJ studied harmony and counterpoint, became a student of the great musicologist Pierre Schaeffer and began drawing his own creative conclusions from his mentor’s “musique concrète”. Boldly balancing between the spheric-abstract and the very direct melodic foundations of his music, Jarre managed to evoke the poetry of encounter and connection: between people, between handmade and high-tech, between organic and artificial, between wisdom and vision.

Jarre’s visionary creative output is perpetually linked to his innovative exploration of new technological trends. From the first modular and polyphone synth and drum-machines to digital keyboards, plug-ins and apps, JMJ is always one the forefront to use them. He was the one to popularize the laser harp, he used the Houston skyline at a gigantic outdoor concert in ́86 as a projection surface for the first-ever large-scale laser-mapping performance and set up a live video connection to the MIR astronauts in space during his epic Moscow spectacle in ́97.

His millennium concert in Egypt was the first concert ever to be streamed live on the internet. Jarre was also the first to release an entire album in 5.1. Sound and the first artist to use 3D audio technology for music.

Jarre, a three time Guinness World Record holder for largest outdoor performances, was always keen to present his music in one-off events and turning them into unforgettable experiences for those present. Jarre came up with the idea to create a whole new form of live experience: gigantic and flamboyant high- tech performances. Spectacular shows with massive sound engineering and futuristic laser and light projections : free outdoor concerts that incorporated their iconic urban and natural surroundings into unforgettable multi-sensory experiences.

Jarre set up these concerts in the most specular open air venues around the globe: a Y2K millennium performance at the pyramids in Cairo, the first Western live act in post- Mao China, a welcome show for the Pope in Lyon, a NASA commemoration concert in downtown Houston, performances in Beijing’s Forbidden City or the Sahara Desert. Jarre quickly became the ultimate benchmark for outdoor events. To this date he owns the Guinness World Record for the monumental 3.5 million spectators to his Moscow concert in 1997.

Whilst Jarre is at the forefront of artists using new technology for music, his art was always accompanied by deep reflections on the role of technology for the future of our planet. The famous 1976 Oxygene cover that showcased the polluted mother earth in form of a skull, the Equinoxe cover by artist Michel Granger which was both fascinating and disturbing, added to the most iconic cover artworks of all time: countless rows of mysterious and utterly faceless “watchers” seemed to stare right at whoever looked at the image : an early vision of technology constantly watching us. Just recently the cover art for Equinoxe Infinity caused a stir. It was released in two versions. One visual depicts a utopian future, where mankind coexists peacefully with nature and technology. The other one paints a dystopian picture of fear and distortion, where dark Artificial Intelligence has taken over the world.

Optimistic in nature and yet critic in spirit, Jarre always raised awareness for questions around nature and technology— and became a globally renowned expert on the topics. He was honoured with the Stephen Hawking Medal for Science Communication, collaborated with Edward Snowden, tested Artificial Intelligence for music compositions and is constantly invited to share his thoughts in speeches and forums. The UN appointed Jarre UNESCO spokesperson for Environment and Education, and in 2013 he was elected President of the Confederation of Societies of Authors and Composers (CISAC) in Washington. Jarre’s expertise is in demand, his input highly valued.

Today, almost five decades after completely changing our perception of electronic music with “OXYGENE”, Jarre is as relevant as ever. In 2017 the “Godfather Of Electronic Music”, who has sold more than 80 million records throughout his career, was nominated for a Grammy for his bestselling album “ELECTRONICA 1: THE TIME MACHINE”. For the two album project, Jarre connected with more than 30 collaborators that are in some way linked to electronic music or technology. The highly acclaimed album project turned into a spectacular global live tour, ending in his performance at Coachella festival that prompted Entertainment Today to write: “Jarre, no stranger to extravagant live productions, was right at home at Coachella. This Frenchman was doing EDM before they even named the genre.”

In 2019 Jarre finally released his all-encompassing Best Of Album “Planet Jarre- 50 Years of Music” including two brand new tracks and many rarities. Shortly after his new studio album EQUINOXE INFINITIY was released. A concept album around the influence of Artificial Intelligence on human mankind and the use of technology in our day to day life.

With technology on the forefront on everything we do, Jarre quotes today as “the most exciting time to make music”. With his first self-written memoirs to be released in the autumn and a mind full of new ideas for music projects it is only question of time for Jarre to surprise us with a brand new technology driven, exciting studio release.

For me, electronic music is the classical music of the 21st century. 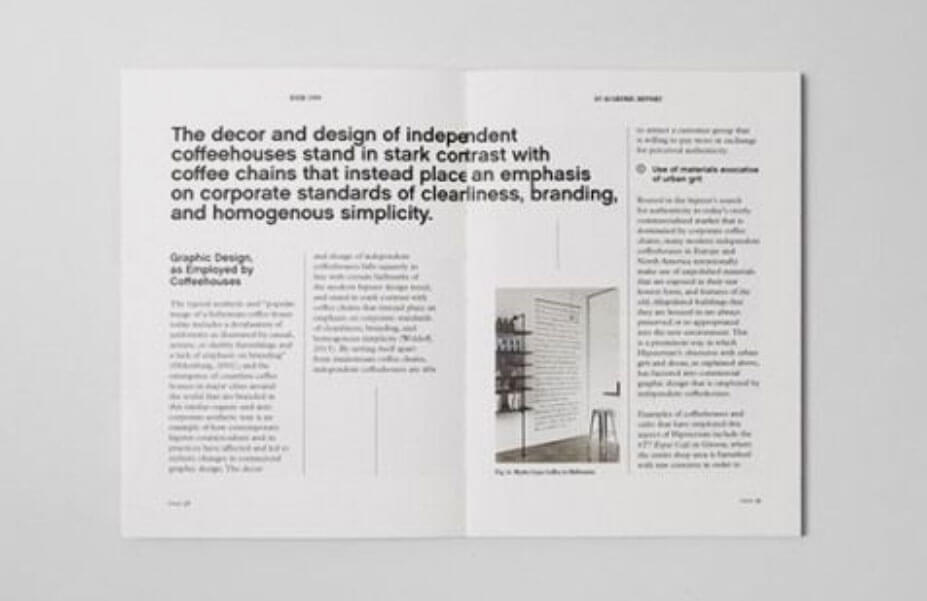 The original design is from a book design on Pinterest. I wish I could find more about it as I simply love it. The big quotes really drew me to it. I've added a few extra sections to this page as you can tell again drawing some inspiration from a couple of other pages from the book. It is built on a simple 4 column grid and using CSS columns to achieve the split of text. The hardest part of this design was getting things to fit on a smaller screen, especially with the right sided column of text but I must say overall, I am really rather chuffed with how this came out.