During the mid-'70s, Germany's Kraftwerk established the sonic blueprint followed by an extraordinary number of artists in the decades to come. From the British new romantic movement to hip-hop to techno, the group's self-described "robot pop" -- hypnotically minimal, obliquely rhythmic music performed solely via electronic means -- resonates in virtually every new development to impact the contemporary pop scene of the late-20th century, and as pioneers of the electronic music form, their enduring influence cannot be overstated.

Kraftwerk emerged from the same German experimental music community of the late '60s that spawned Can and Tangerine Dream; primary members Florian Schneider and Ralf Hütter first met as classical music students at the Dusseldorf Conservatory, originally teaming in the group Organisation and issuing a 1970 album, Tone Float, in the U.K. Schneider and Hütter soon disbanded Organisation, re-christening themselves Kraftwerk (German for "power station"), beginning work on their own studio (later dubbed Kling Klang), and immersing their music in the fledgling world of minimalist electronics; their 1971 debut, titled simply Kraftwerk 1, offered a hint of their unique aesthetic in its earliest form, already implementing innovations including Schneider's attempts at designing homemade rhythm machines.

Kraftwerk 2A series of lineup shifts followed, and at one point Hütter even left the group; however, by the release of 1972's Kraftwerk 2, he and Schneider were again working in tandem. Recorded without a live drummer, the album's rhythms relied solely on a drum machine, creating a distinctly robotic feel without precedent -- the concept of purely technological music was, at the time, utterly alien to most musicians, as well as listeners. A series of well-received live performances followed before Kraftwerk began work on their breakthrough third LP, 1973's Ralf and Florian; honing their many ambitions down to a few simple yet extraordinarily innovative concepts, their music began growing more and more revelatory -- even their clean-cut, scientific image was in direct opposition to the dominant pop fashions of the time. 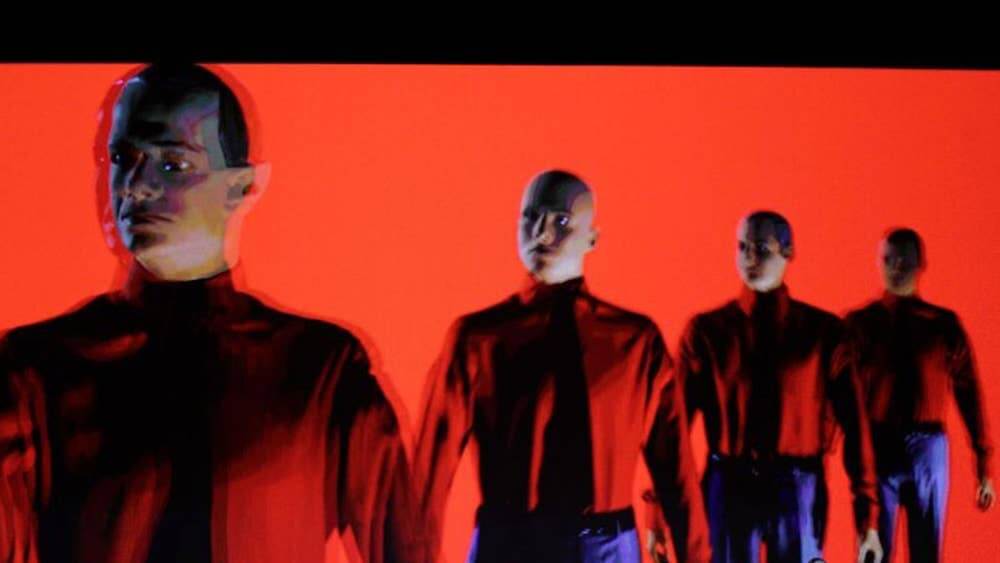 Kraftwerk's first album to be issued in the U.S., 1974's Autobahn, was an international smash; an edited single version of the epic title track was a major hit at home and abroad, and in America the previously unknown group reached the upper rungs of the pop albums chart. Performed in large part on a Moog synthesizer, Autobahn crystallized the distinctive Kraftwerk sound while making the group's first clear overtures toward conventional pop structure and melody, establishing a permanent foothold for electronic music within the mainstream.

Radio-AktivitätKraftwerk resurfaced in 1975 with Radio-Activity, a concept album exploring the theme of radio communication; indicative of the group's new global popularity, it was released in both German and English-language editions, the latter appearing early the following year. Train travel emerged as the subject of 1977's Trans-Europe Express, which marked an increased movement toward seeming musical mechanization; the line became even further blurred with the follow-up, 1978's aptly titled The Man Machine, a work almost completely bereft of human touches. By this time, the members of Kraftwerk even publicly portrayed themselves as automatons, an image solidified by tracks like "We Are the Robots." 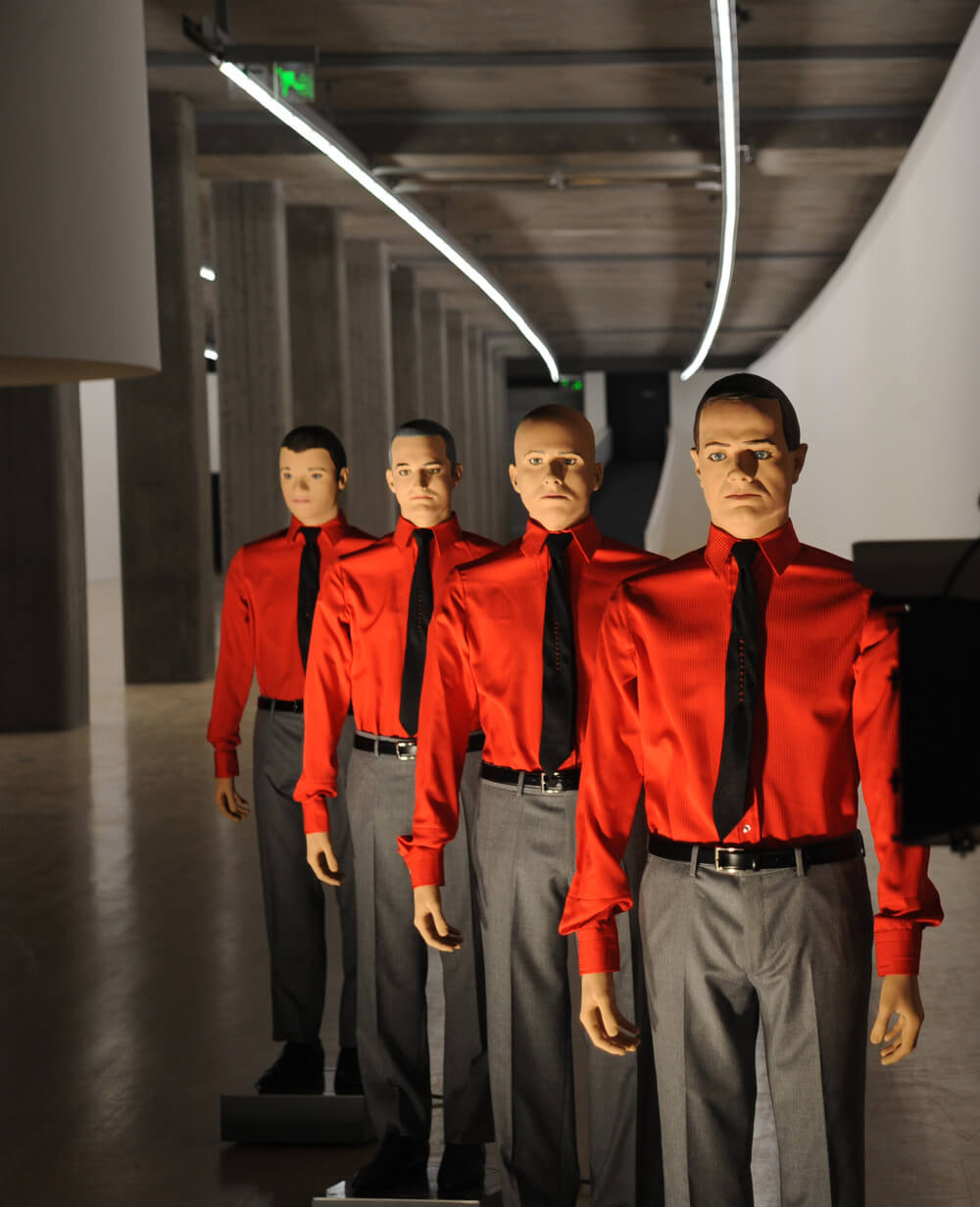 Having reached the peak of their influence, however, the group disappeared from view, the first of many extended absences to follow; they did not return to action prior to 1981's Computer World, a meditation on the new global dominance of technology -- a society their music long ago predicted and pre-dated. After topping the British charts with the single "Computer Love," Kraftwerk again vanished, enjoying a five-year layoff culminating in the release of 1986's Electric Cafe. By now, however, pop music was dominated by synthesizers and drum machines, and the group's stature flagged; but for a 1991 best-of collection titled The Mix, they remained silent during most of the decade. They finally released a new single, "Expo 2000," in late 1999, and surprised fans by announcing tour dates. On the recording front, Kraftwerk celebrated the centennial anniversary of the Tour de France with a new version of their 1983 single "Tour de France," and followed with a full album (Tour de France Soundtracks) in August 2003.

The live record Minimum-Maximum followed in 2005. The Catalogue box set appeared in 2009, which pulled together eight classic albums from the band's career. Each title was digitally remastered, a number of the releases were treated to redesigned cover art, and it also included rare photographs not part of each record's original release. In 2012, the band performed their studio albums from Autobahn to Tour de France at New York's Museum of Modern Art. The following year they repeated that performance in Düsseldorf and at the Tate Modern in London. Over the next few years they continued to tour, which culminated in them putting out the live release 3D the Catalogue. The collection captured the band's live performances from 2012-2016, and was presented with a Blu-ray option that included high definition 3-D video. 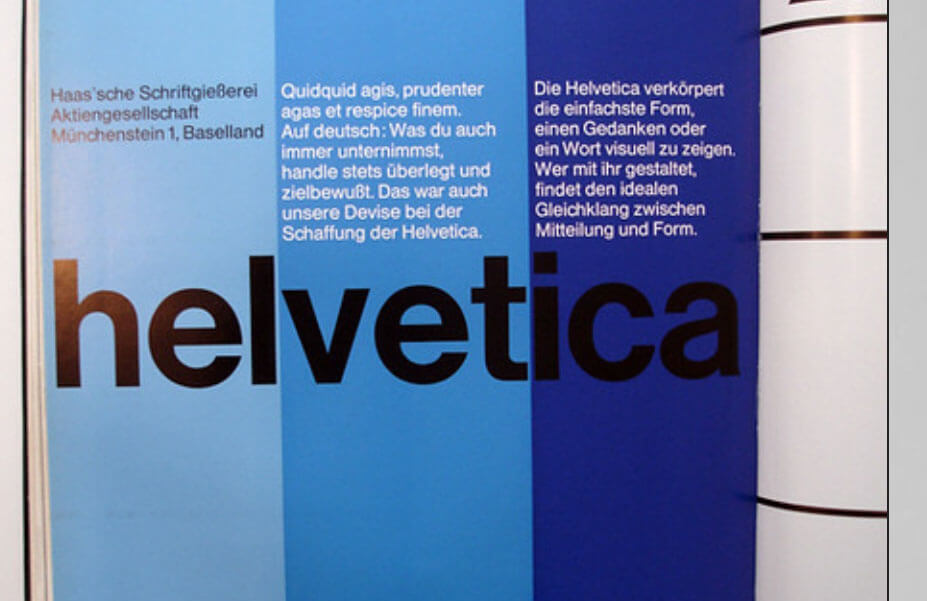 The original inspiration for this was from a Helvetica poster magazine design for the columns. I wanted the main header to fill the space regardless so have used FitText.js which works a treat. As for the copy, I see a lot of pages sometimes with a lot of copy and it being in just one column that fills the page from one edge to the other making it very hard to read and looking uncared for but I wanted to keep it simple so used CSS columns to simply split it into two and let the text just decide what it wanted to do. Sometimes less is more and I think this page is pretty simple in terms of CSS but looks strong due to the amount of copy treated with a bit of love.